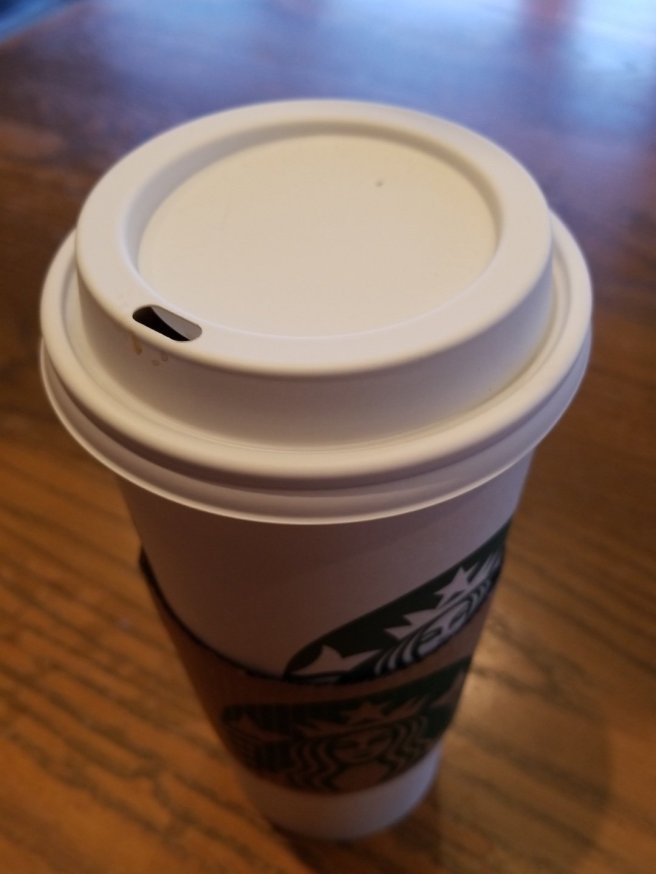 If we were having cofffee, we wouild have just left Starbucks and piled back into the car on the way home from the mountains. So this afternoon, we’re in close quarters, but don’t worry I put my deoderant on this morning and besides, the coffee aroma is strong with us!

We were just losing the station, so I scanned the FM a bit and found a Rock station playing Smashing Pumpkins. That should hold us on music for a while.

To say the weather didn’t fully cooperate for us over the past couple of days would be an accurate statement. The plan was to do a little tubing while in the Asheville area, but it was cool and there were some thunderstorms here and there, so we just kind of hung out, did a bit of shopping, ate way too much, and took in a brewery tour. It was a great couple of days, but it’s over now. Tomorrow sends me back to work.

Before leaving for the mountains, I was working hard on a story about a runner and the grisly scene he comes upon on the trail, but the trip put the brakes on that! Good news about that story though is that it’s almost done. Should be, unless I miss my guess, done by the time we arrive home. At least done in essence. There will need to be a bit of editing, but that should go fast as it’s not too long.

Next week is going to be a busy one for me. We’re giving a class at work, so me and my fellow trainer will have to arrive an hour early every morning to make sure things are ready for the day. that hour is no small feat for an anti-morning person like me, but I’ll manage. Hopefully, there will still be time for running, reading, and writing as I need to keep up on all three of those as well as work.

Speaking of keeping up on those three, I should probably start now by working on that story we spoke of earlier. It’d be kinda hard to go running right now, but I guess that would be one epic long run if I did!

Don’t worry though, we won’t throw you out the car window or anything. Feel free to ride along, enjoy the music and we can continue the conversation while I finish up this story!

If you decide to get out though, I wish you a great week! See you next time!

#WeekendCoffeeShare is an informal weekly link-up hosted now by Eclectic Alli that serves as something of a mind-dump for the week. If there are typos and what-not found here, I apologize, but mind-dump. I don’t do a lot of editing here as I like that it is more a stream of consciousness type post, normally written while drinking coffee, listening to music, and reflecting on the week gone by.

You can join in on the fun by writing your own coffee share and posting it here!