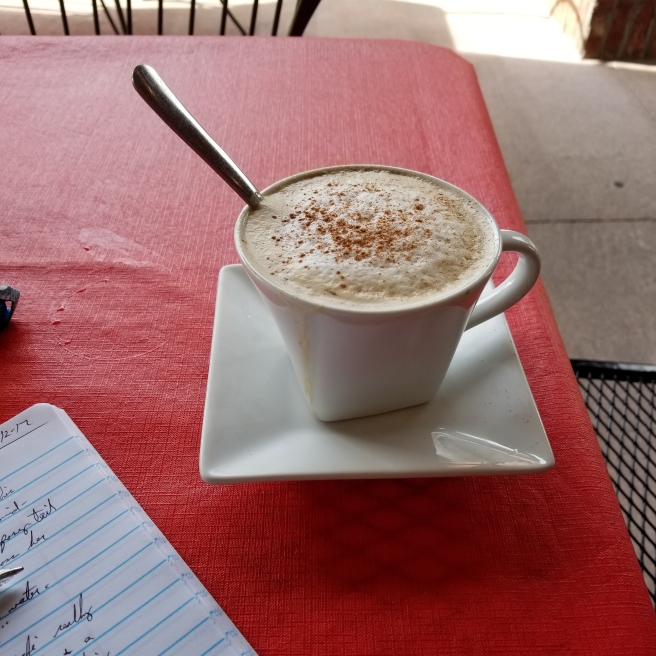 If we were having coffee, we would have football on the tube and a nice fresh pot of coffee in the kitchen.  Won’t you help yourself to some?  It’s time to freshen mine up, so I can show you the way.  If coffee’s not your thing, we have tea, milk, and of course water.

Hopefully, you’ve had a good weekend.  We have, but it’s been a busy one starting Thursday at work.  It was a long day (and night) leaving too little sleep for Friday, but Friday came anyway.  After work Friday, we went to singing at church, then once home I was wide awake and though sleep would have been wiser, it was guitar time.  I’ve been trying to learn 3am by Matchbox Twenty, and this led to too little sleep for Saturday.  Saturday, I was up at 7am, to get the bikes ready for my daughter and I to go ride for a few hours before the wife and I went to a local college football game.  Home team lost.  Once home, I stayed up too late watching more football and slept a little too little for work on Sunday.  The hour rollback helped with that though.

And here we are!

It’s a good thing the decision was made to not attempt nanowrimo this year.  I would already be too far behind to recover had that been the case.  As it is, I need to write some more as I’ve slacked off to almost nothing since Wednesday when I post a little 100 word story for #FridayFictioneers.  I took the photo prompt of a chess board and did as much of a Halloween story as I could.

Speaking of Halloween, hope you had a good one!  We don’t ever get any trick or treaters where we are, but I’ll have something here just in case.  Didn’t need it though.

I have begun to run again.  Wednesday yielded a slow mile.  The rest of the week nothing, then today a mile and a half.  It’s slow progress, but progress all the same and I’ll take it if further injury can be avoided.

I’m going to go now.  It’s almost time to head off to bed.  Maybe I can catch up on my sleep a little tonight.  Have a great week!