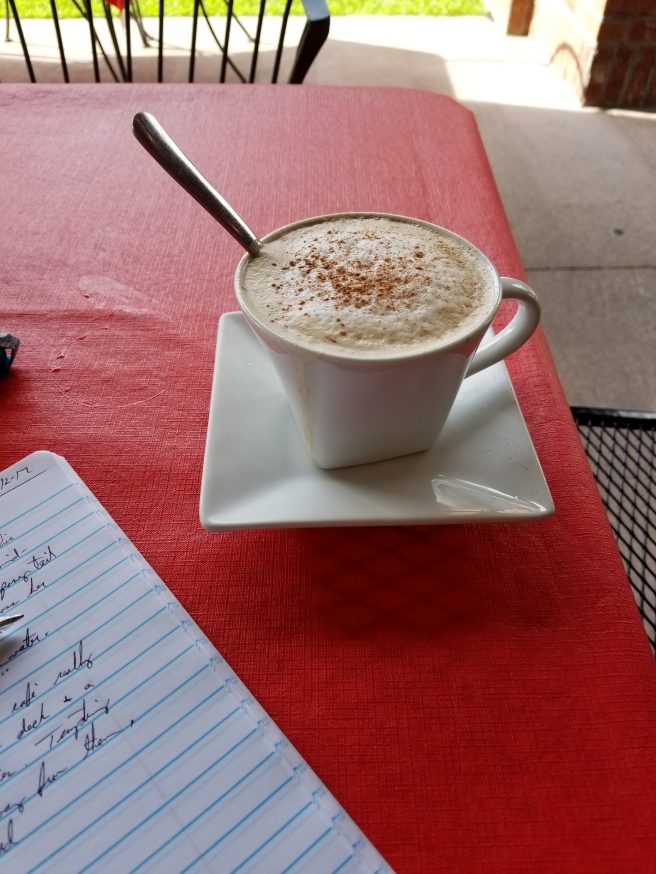 If we were having coffee, I would offer you a nice cup of this fresh brew that I have.  Right now I’ve got the coffee maker set on the single cup setting in anticipation of my having to sleep at some point tonight.  If you’re not in the mood for coffee we have tea and water.  Sorry, we’re a little limited at the moment.

We finally made it out to see the new Avengers movie last night, and it was good.  I won’t give any spoilers here, but I will say that it did not end the way that I would have expected it too.

Wednesday threatened my writing streak, which is now up to 36 days today.  I really thought that it wasn’t going to happen that day since I was at work all day long.  Thankfully, we get a break ever now and again and I managed to tap out a few hundred words on my phone.  Whew! That was a close one.  With the streak intact, I was able to sleep well once making it home.

Other than writing this week, I wanted to get back on track with training.  It didn’t go quite as well as I would have liked.  I managed a couple of runs on Tuesday and Thursday, and they were good.  The only thing was that Saturday was supposed to be a long run day.  I was hoping for somewhere between 10 to 15 miles, but it wasn’t to be.  For some reason, my right hamstring tightened up, so I was scared to run on it.  Not wanting to completely skip out on the workout, I just rode the bicycle a bit.  The bike is a little easier on the hamstrings, working the quads instead.  I’ll be happy to have that work in when the mountain races get here this year, so it wasn’t a wasted day.

All in all, it’s been a good week.  Hopefully next week will be better.  I really want to get out there and run some more, so I’ll rest up some tomorrow and see what happens Monday.  And I’ll write either way, because I can do that even if I’m not capable of running.

Have a great week everyone!  See you next week!

#WeekendCoffeeShare is an informal weekly link-up that is now hosted by Eclectic Alli. Check out her post for the week and maybe post a share of your own!